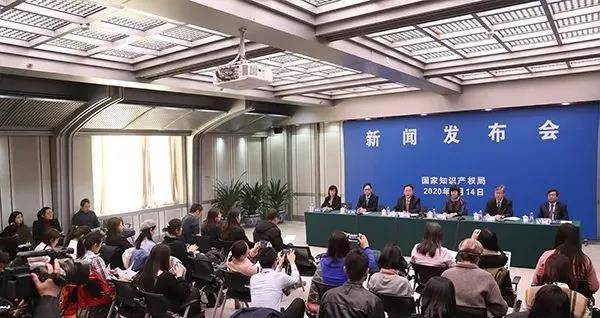 On January 14, CNIPA’s first Press Conference of 2020 was held in Beijing, releasing the annual statistic data on patents, trademarks, geographical indications, and layout designs of integrated circuits of 2019.

The data has shown the steady progress in China’s major IP indicators and the ongoing enhancement on high-quality IP.

In 2019, 1.401 million patents for invention were filed in China; 0.453 million were patented, among which 0.361 million were from domestic applicants. 0.344 million employment inventions were patented, accounting for 95.4%. 2019 top 3 domestic enterprises for amount of authorized invention patents are HUAWEI TECHNOLOGIES CO., LTD. (4, 510), China Petroleum and Chemical Corporation (2, 883) and Guang Dong OPPO Mobile Telecommunications Corp.,Ltd (2, 614). 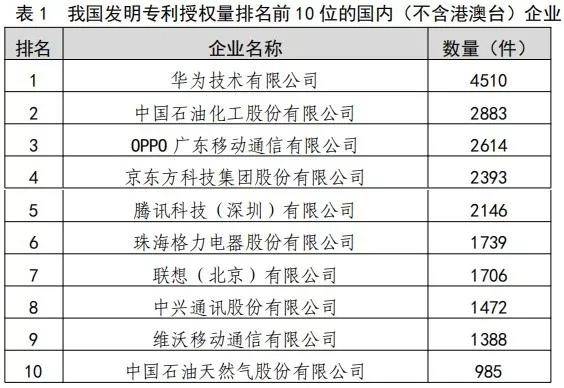 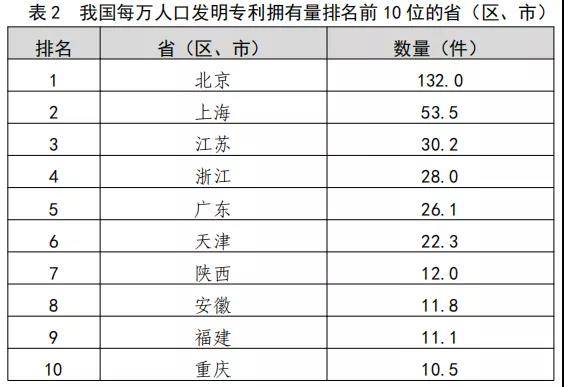 In 2019, 61 thousand PCT international applications were filed in China, with year-on-year growth of 10.4%, among which 57 thousand were filed by the domestic applicants, up by 9.4%. Top 3 provinces (districts and cities) for the amount of PCT applications are: Guangdong (24.7 thousand), Beijing (7.2 thousand) and Jiangsu (6.6 thousand). 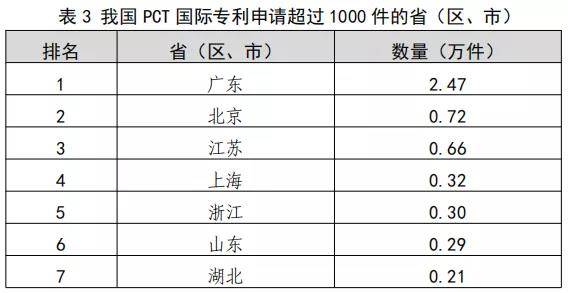 In 2019, a total of 1.023 million applications were examined, including 1. 981 million utility models and 0. 744 million patents for design. The period of examining the high-value patents was reduced to 17.3 months, and the satisfaction degree of the quality of examination reached to 84.8 points. The number of reexamination application for patents reached 55 thousand, among which 37 thousand were closed; the number of the request for invalidation reached 6 thousand, among which 5 thousand were closed.

In 2019, the systems at all levels dealt with 39 thousand administrative cases concerning patent infringement, with year-on-year growth of 13.7%.  2 infringement cases of layout designs of integrated circuits were handled.

The statistic data was embodied with 3 features:

First, the protection on intellectual property has been enhanced at the source. In 2019, the amount of the patented applications for invention has increased by 4.8 %; the amount of the trademark registrations has increased by 27.9 %. Moreover, both the period of examining high-value patents and the average period of registering trademarks were reduced. The above endeavors demonstrated the remarkable effects brought by the measures of improving the quality and efficiency in the IP field.

Second, IP policies have further met the market requirements. According to the latest data, the number of the large industrial enterprises owning patents has accounted for 22.3% in China; the number of domestic enterprises filing invention patents has accounted for 65.0%, an increase of 0.6% compared with the end of 2018. The amount of valid trademarks owned by market entities has steadily increased. All the above indicated that IP policies stimulated vitality of market and the endogenous power of creation.

Third, the improvements in IP field have promoted China’s higher-level opening up to the world. In 2019, 157 thousand invention patents were filed by the foreign applicants in China, up by 6.0%; 255 thousand trademarks were submitted by the foreign applicants, an increase of 4.7% compared with the end of 2018. The growing amount of patent and trademark applications fully indicates that the foreign companies are enough confident and active to invest in China.