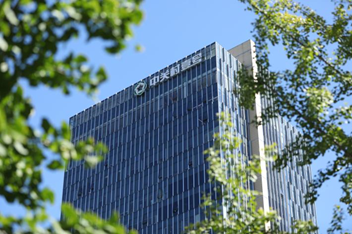 view of the Zhongguancun Science City on Sept 7, 2022. [Photo provided to chinadaily.com.cn]

China's capital Beijing has been speeding up construction of the international high-tech and innovation center in recent years, with three scientific cities and an economic development zone as the main platform to effectively support the country's technological independence and self-reliance.

The number of unicorns totaled 50 in Zhongguancun, second only to Silicon Valley in the United States. Last year, high-tech enterprises there generated gross revenue over 3.5 trillion yuan, up 19.3 percent from 2020.

Moreover, Zhongguancun has yielded fruitful results in encouraging innovation and entrepreneurship, with solid steps taken to create a fair and favorable business environment.

For example, more than 140 small and medium-sized enterprises in the area have been subsidized in renting offices. Preferential policies have been issued to introduce high-end talents, especially postdocs in artificial intelligence, chip and quantum research to work in Zhongguancun. The protection of intellectual property rights has also been enhanced.

Currently, there are 1,548 specialized and sophisticated SMEs in the area, accounting for 37.4 percent of Beijing's total.

Zhongguancun's invention patents per 10,000 people is 617.2 pieces, 3 times more than the average of Beijing.